Over the past 20 years, we’ve created a lot of ad campaigns. One of Jill’s was on the
Super Bowl. Wilson Sporting Goods. One of Lynn’s was so controversial it could only run after 9pm –¦ Clairol Herbal Essences. We’ve come up with campaigns that were loved 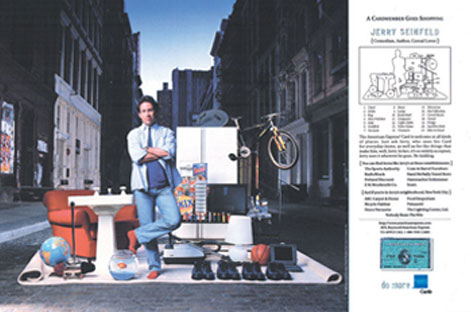 and ad campaigns that we’d rather not take credit for all these years later. But neither one of us have ever written an ad that got someone fired. Until now.

In May, the manager of Prudential’s Southampton office called us. He’d heard us give a presentation on branding hosted by Hampton’s Magazine. He wanted to brand himself – make his name better known. “Are you sure you can do that? Don’t you have to stay within Prudential’s campaign?” we asked. “No, I’ve spoken to Dottie. I have permission to go outside the campaign.”

Great! We were all over it. In less than two weeks we turned around a campaign. We presented to the client and the Prudential marketing team in Bridgehampton.
The campaign was approved by all.

Why did he get fired? The corporation says it’s because the ad violated corporate ad guidelines. He (and we) had been assured that he could go out of the guidelines. What really (really!) happened is a mystery, and the resolution will probably occur behind closed doors. We thought we’d share the campaign you would have seen had it run as scheduled. We never thought it would result in anything other than raised awareness and sales.