Ten years later, you still know exactly where you were.

Who you were with.

I moved here on September 1, 2001. The morning of September 11, I was living in an East Hampton rental with no TV. A friend instant messaged me saying a plane had hit the WTC. I assumed it was a small Cessna, until my phone started to ring like crazy.

Jill was editing a TV spot. When she got back home to Montauk there was great surf, but she couldn’t bear the thought of enjoying it while so many people were suffering. Unable to face a scarred Manhattan, Jill didn’t venture into the city for six months. A few days later I returned for meetings and was devastated as the Jitney headed towards the tunnel, Ground Zero was still smoldering and my “true South” was gone. I felt lost. Haunted by the people searching for their loved ones. And my thriving work as a freelance writer was gone indefinitely.

September 11, 2001 changed history. It also changed this place we call home. Quaint villages became year-round communities. City slickers gave up Manhattan for a different life. School enrollments expanded. New businesses grew. The Internet was in place. The impetus was there.

Ten years later, life has changed. blumenfeld + fleming wasn’t even a dream then and is now a nine-and-a-half year old reality. I met our first client on the beach the day after the towers went down. I doubt we’d have spoken if it hadn’t been for 9-11. On September 11, we both were grateful to be here. That’s one thing that hasn’t changed. 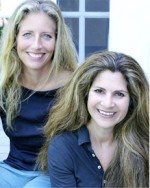 What do you remember? How has your life changed?