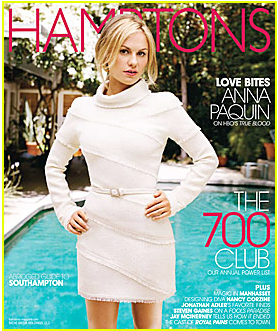 Have you heard the rumor that print is dead? Not here on the East End! If you’re grieving the loss of Gourmet Magazine or Metropolitan Home, wipe away the tears, dearie, because here in the fabulous Hamptons, print is alive and kicking.

Why? Well it’s a lot easier to hide your middle behind a big glossy magazine than a smart phone. And here in the land of “do you know who I think I am”, everyone’s searching for his close up.

If you want to reach Hamptonites print’s a great way to do it. Here’s a list of where you should be seen if you’re an advertiser! If you need a great print campaign, logo, marketing plan or websiteâ€¦.you already know who to talk to. email me: lynn[at]blumenfeldandfleming[dot]com

What local publications do you read and why? If we get over 100 responses we’ll donate $100 to Peconic Land Trust!